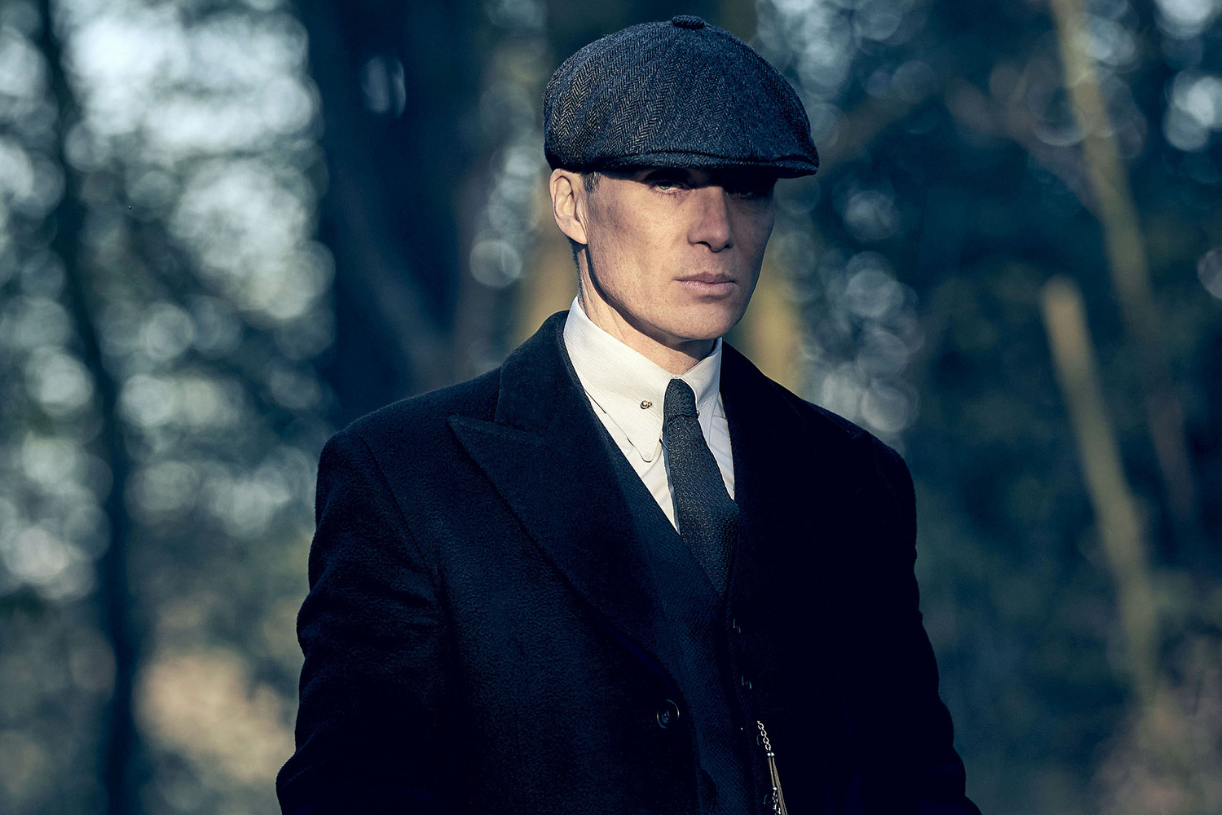 Where did Peaky Blinders series 6 shoot and who made it happen?

On Sunday 27th February 2022, millions of people across the UK waited with excitement and anticipation as the curtains rose on the first episode of the sixth and final series of the BBC’s iconic series, Peaky Blinders. 4.1 million, to be precise.

The series has become a firm fan favourite both domestically and globally since its first series in September 2013. In the years that have followed, the production’s status has led to a wealth of themed-brands, retail and tourism experiences thriving and contributing to local economies. The production has attracted enormous crowds who want to see their favourite gangsters in costume and character when they shoot on location; arguably amongst the most iconic characters of the decade in TV and popular culture.

Like many productions, Peaky Blinders were about to start before being abruptly stopped by the coronavirus pandemic in March 2020. They also tragically had to feel the sadness of losing one of their stars, the late and great Helen McRory, once they had restarted.

Despite these overwhelming and devastating circumstances, the series shot and has been met with critical acclaim after each episode of the sixth series, including Sunday night’s scintillating finale.

The North West of England plays home to many of the locations and studios used by Peaky Blinders, and our Filming in England Team were involved all the way through – from their preparation stage, into their first standdown and back out throughout the shoot.

We’ve spoken to some of our key partners and those who demonstrated support, flexibility and assistance in allowing the final series to meet its own high standards once again.

“Tatton Park’s Mansion kitchen & cellars have accommodated the Peaky Blinders set on a few occasions over the years, and it has been a pleasure to be involved as a location and now sad they will not be returning.

Their production crew and cast are always very friendly but most importantly respectful of the collection we have within the Mansion – this makes the filming experience great from our perspective and less fraught for the staff who care for the building. Income from filming is put straight back in to the conservation of Tatton and helps us look after the whole park.

Working with Creative England’s Filming in England Team on filming has also been hugely beneficial here at Tatton, helping to showcase what we have to offer, providing valuable leads and opportunities. Even if the enquiry doesn’t lead to filming that time, the Location Managers will generally come back with projects that will work at our site in the future, once they know what we have to offer. Having had that exposure and contact via CE helps get the foot in the door on business.”

Beth Nortley, Manager of Lancaster City Council’s Williamson Park, said: “We’re proud that our stunning and unique Ashton Memorial in the city’s Williamsons Park was chosen as a backdrop for such an epic crime series as Peaky Blinders. Blessed with natural assets as well as stunning architecture, the park has always been a popular film location but this has got to be the most significant production we have ever helped facilitate.

“Our district has been blessed with visits from numerous production companies wanting to film in our city, coast and countryside.  As a supportive film friendly authority, we appreciate the huge benefits filming brings to our district and much of which has been generated via our partnership with Creative England’s Filming in England Team.

“It is hoped that Peaky Blinders fans will visit the park this summer and enjoy standing in the very place where scenes from Series 6 were filmed as well discovering everything else the park and city have to offer.”

Jess Dove, Supervising Location Manager on the 6th series, informed that “Screen Manchester helped make the Peaky Blinders dream a reality in Castlefield, with its atmospheric arches, cobbles, canals and huge scale – it played the perfect backdrop to some of the most exciting scenes for the next series.

That couldn’t have been achieved without the guidance and support of Bobby Cochrane at Screen Manchester, which was available through the whole process. From the ideas stage, when working out what might be possible, to our inevitable tweaking of dates and plans along the way, the long nights shoots and finally the strike and reinstatement, Bobby was there day and night.

Bobby Cochrane at Screen Manchester does the best job of walking the tightrope between the needs and ambitions of a production and on the other hand the working city and its residents to make sure both can work alongside each other……. And he does it seamlessly!”

Jess has a wealth of experience on HETV Productions and knows the NW region and its offer of locations and support extensively. In addition to working with Screen Manchester to facilitate the impressive and collaborative filming days in Castlefield, Jess approached Jonny Shelton in our Filming in England Team to see through a plan for road closures around Regent Square, in Salford – a plan that was originally conceived and put into motion before the first coronavirus lockdown in March 2020.

“Creative England’s Filming in England Team were approachable and proactive on the plans we aimed to achieve for Peaky Blinders, and both set up and attended site meetings with the Salford City Council, their Highways division and the location itself, at Salford Lads and Girls Club. They and the council were understanding of our ambitions and intentions and demonstrated they have grown in their own experience of facilitating HETV by requesting info on the level of local engagement we had made, and noting that some street furniture may need either moving or concealing.

“The locals were just as supportive, and what could have been a complex shoot which included a significant amount of crew and our globally-recognisable cast went as smoothly as we wanted it to because of the flexibility and support demonstrated by Salford City Council and the Filming in England Team, and we were really pleased with the on-screen results”.

John Searle, Strategic Director of Place at Salford City Council, said: “As always, it’s been a pleasure and a very productive working relationship with Creative England’s Filming in England Team that helped to bring the Peaky Blinders production to Salford. It’s great to see high profile productions like Peaky Blinders come to the city and we’re always keen to work with Creative England to attract more productions like this. There are real benefits to the city when TV and film productions come to shoot here. Seeing the city on screen helps to raise the profile of the city, and the support to the local economy with businesses and individuals who benefit financially from productions of this scale using Salford.”

“When the second series of Peaky Blinders filmed on Le Mans Crescent in Bolton in 2014 ,it created some of the most iconic images of the Crescent that we have ever seen.  I always wanted to get the production back to Bolton and initially this was due in the Spring of 2020, but after a year’s delay we were delighted that this took place March 2021.

The difference this time to 2014 was that not only would Le Mans Crescent be featured again, but also our most sought-after filming location, the former magistrates court which fronts onto the Crescent would also be used for several set builds and the transformation of some of the court office rooms.  The period 1930’s exterior and interior were a big plus for the production.

Working with a Locations Department that I knew from other productions that filmed with us (It’s a Sin, Years and Years and Last Tango in Halifax), our already-established working relationship really helped to hit the ground running at the location which the production occupied for nearly four weeks.  The intentions list was of course significant – hundreds of lights, cables and junction boxes removed from trees and street furniture.  Modern signage removed or covered, nearby building lights switched-off, control of street lights and restricted access to buildings to name but a few.  However, as a can-do, forward-thinking Council when it comes to filming, facilitating intentions are just part of the role.

The Location Manager commented to me that it was one of the easiest locations he’d ever filmed at.  Closing roads is never easy, but Le Mans Crescent (despite its prominence in Bolton’s Civic Centre) is regularly closed for events and filming so is very tried and tested.  An on-board Highways and Asset Management Department also offered their support where needed.  Being able to offer significant technical parking and a secure working area within fifty metres of the location, but out of shot at the same time, took potential issues away from the production team and adds to the uniqueness of this location.

Creative England’s Filming in England Team are a vital link into the industry for us. Whilst we have done an incredible amount of filming facilitation in recent years, we are not experts and do not have a full-time film liaison officer role.  Creative England help and support us in various ways, particularly getting new filming in by pointing location managers in our direction, sharing good practise of new and changing guidance, regular meetings and putting local authorities in touch with each other to share policies and experiences.”

Shelagh Bebington of Cheshire’s Arley Hall told us that their location has felt the tourism benefits of being used as a key location in the series, stating that “… there’s a company licensed by Endemol Shine that run tours called ‘Brit Movie Tours’, and we’re part of their North West tour. That’s building year on and year, we’re getting more and more visitors through them.”

Even though Arley Hall’s frontage and entrance will be the most recognisable to fans, Shelagh informed that in “each series, the production have used much more than just the house”, including the around it for burial scenes and sequences of conflict in the past: “We’ve been used for a gypsy camp and a lot of scenes of fires at gypsy camps have been filmed here, the ambush scene in the fourth series was here on one of our bridges, and the crucifix scene in series five was also here.”

Chrome Hill near Buxton, Derbyshire featured as the backdrop for the final shot of the series – which many eagle-eyed viewers were very keen to see.

Lindsay Rae of Marketing Peak District and Derbyshire was as pleased as any to see the landscape unexpectedly appear and bring the series to a close – and noted that ‘in addition to Peaky Blinders, there have been other big productions shooting across Derbyshire in the last twelve months and maximising its potential as a filming location, which is pleasing to see and we’re keen that it continues as much as possible, with the support of Creative England’s Filming in England Team too’.

The Peaky Blinders movie is set to go into production in 2023, according to Steven Knight, who told the BFI London Film Festival: “I am going to write the feature which will be set in and shot in Birmingham. And that will probably be the sort of the end of the road for Peaky Blinders as we know it.”

All series of Peaky Blinders are available now on BBC iPlayer.