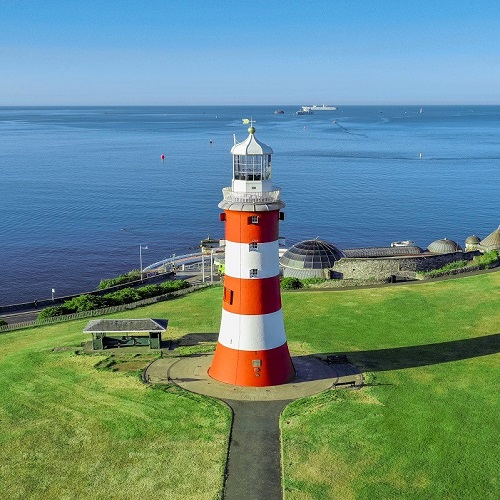 Filming in England celebrates the launch of Plymouth’s emerging Film Office and showcases the variety of locations on offer to production in the city.

Film Plymouth is part of the iMayflower programme, a project funded by the Cultural Development Fund (CDF) to continue to drive economic development within the city of Plymouth. Creative England are leading a production services programme with Plymouth City Council to facilitate film-friendly activity, maximise location exposure to industry and encourage feature film and high-end TV drama to the area.

Amanda Lee, Marketing Manager within the Economic Development team at Plymouth City Council is leading on the development of Film Plymouth and talks about the opportunities available to filmmakers in the city:

“Plymouth has such a wealth of locations and facilities on offer to filmmakers, from historic cobbled streets to wide open boulevards and the open waters of Plymouth Sound to the brutalist architecture of the post-war city centre. We’re delighted to be working with Creative England to provide support services to filmmakers wanting to capture content in our vibrant waterfront city.

From facilitating location support and permissions to providing links to supply chain businesses we’re here and ready to respond to enquiries to encourage more activity like this in the city. We work closely with many partners across the city to enable a quick and smooth process for filmmakers.”

Film Plymouth can provide support with all production enquiries from cast and crewing to facilitating filming on highways, land and properties managed by Plymouth City Council. The city is home to a range of filming locations from period architectural buildings, stunning harbourside areas, waterfronts and historic ports, offering a variety of unique locations to industry.

Royal William Yard is an award-winning waterside destination in the city. The ex-Naval victualling yard is spread over 16 acres and houses the largest collection of Grade I listed military buildings in Europe. Set on a stunning peninsula location surrounded on three sides by water, this is a place where Georgian buildings and award-winning architecture meet, and where landscaped lawns and secret gardens overlook a dramatic coastline. Hailey Cattle, Regional Marketing Manager at Urban Splash welcomes filming activity to the city:

“Royal William Yard has featured as a magnificent backdrop to many productions over the years thanks to its iconic architecture and unrivalled location. From period dramas such as Hornblower and Churchill: The Hollywood years, to TV series such as Delicious for Sky 1, and location shoots for factual programming including Antiques Roadshow and the forthcoming revival of Watercolour Challenge.

As a private development, we have the flexibility to facilitate filming, and work closely with those involved to meet their needs. Whether it’s capturing the splendour of these sensitively restored grand buildings, or having access to our marina and stunning waterfront, Royal William Yard is a breathtakingly unique location that is every bit as captivating when seen on screen.”

Smeaton’s Tower is managed by The Box in Plymouth, a major new museum and art gallery in the city. The former lighthouse has become one of the South West’s most iconic landmarks taking centre stage on Plymouth’s Hoe. The tower has been restored to its former glory and fantastic coastal scenery of the Plymouth Sound can be viewed from the lantern room.

Creative England is the national screen agency with a remit to maximise and support the production of feature film and high-end television in England, outside London. The Filming in England team works closely with Local Authorities and Film Office partners to deliver a comprehensive film-friendly service to industry. Charlotte Wood, Production Liaison Manager for the South West at Creative England, looks forward to working with Film Plymouth to develop their local filming offer in the city:

“The Filming in England team are looking forward to working with Film Plymouth to provide further opportunities to filmmakers in the city. The area has a lot to offer in terms of creative networks, filming facilitation and historic untapped locations available to productions.

There has been a huge increase in filming activity across the South West region, coinciding with the launch of the detailed Covid Production Guidance for film and HETV and the government-backed £500m film & TV production restart scheme. The resuming of production marks an encouraging return for the industry and it is fantastic to see the development of film-friendly activity from our proactive Local Authority partners.”

For more information on Film Plymouth and the locations featured please visit: https://www.visitplymouth.co.uk/destination-plymouth/film-plymouth

For any other enquiries please visit: https://www.filminginengland.co.uk/